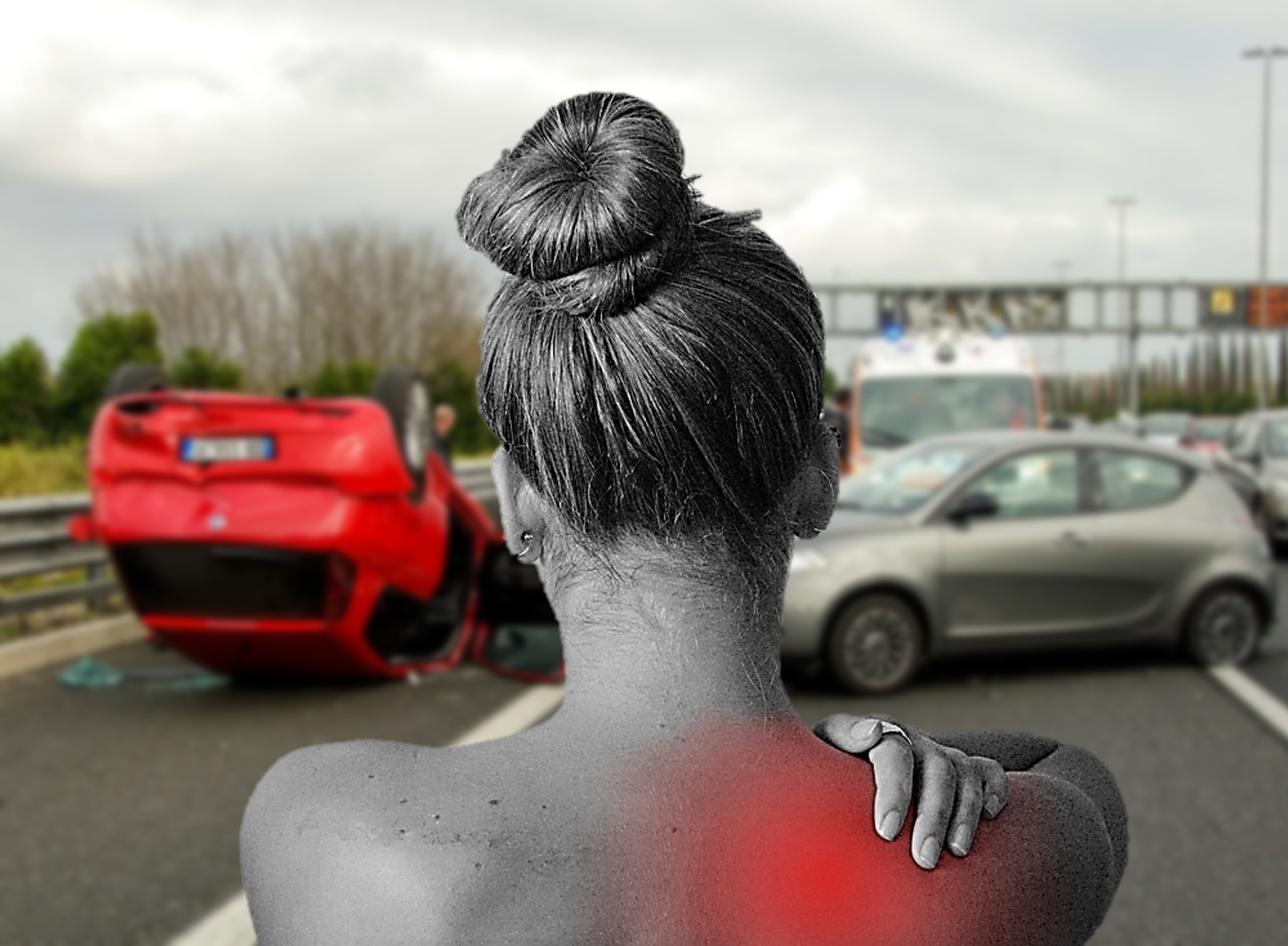 Kenny, Burns & McGill is proud to announce a large settlement for one of our clients, a car accident victim in Delaware County.

It only takes a few seconds for a freak accident to completely derail your life. A woman from Delaware County, Pennsylvania was unfortunately one of the many people to have a traumatic experience like this, and tragically due entirely to someone else’s carelessness.

It was a chilly February night when our client, who we will call Ms. Tina Burnett, was driving home through Darby, Pennsylvania.

Always a careful driver, Ms. Burnett did not think anything of legally going through a green light… until she reached the middle of the intersection, when a vehicle violently slammed into the passenger side of her car. Another driver had apparently not been paying attention, and had tried to make a left turn through the intersection at the same moment Ms. Burnett was going straight.

In severe pain, Ms. Burnett immediately visited her family doctor. Her back and entire right arm were in agony, but nothing was obviously broken; Ms. Burnett’s physician was only able to give her some medicine for the inflammation and recommend that she get checked out by a physical therapist (PT). After nearly two painful weeks waiting for an appointment, Ms. Burnett was finally able to be seen by a PT, who found a laundry list of injuries.

It turns out her back pain was caused by a herniated disc, both a strain and a sprain in the lower back, and “lumbar radiculopathy,” or a pinched nerve in the lower back similar to sciatica. Meanwhile, both of her arms were heavily bruised, and she was diagnosed with neuropathy in her right wrist, which is unpleasant tingling or numbness caused by nerve damage.

On top of all that, the PT also found evidence of muscle spasms all through her neck, shoulder, and back regions; spasms are painful muscle contractions that occur after an injury as the body tries to immobilize an area to prevent further harm.

These are serious injuries, many of which do not tend to heal well; Ms. Burnett’s PT noted that the herniated disc and radiculopathy in particular are severe, permanent injuries that will get worse over time. In just a moment, Ms. Burnett went from a normal and healthy person to someone who will be dealing with chronic pain for the rest of her life.

After learning all this awful news, Ms. Burnett made the best of her bad situation by calling the highly accomplished Personal Injury Lawyers at Kenny, Burns & McGill. Attorney Eileen Burns quickly went to work to get the best possible outcome for her injured client.

Ms. Burns immediately contacted the at-fault driver’s insurance company, demanding that the company pay out the maximum amount of compensation, as well as cover Ms. Burnett’s medical bills. Ms. Burns then dealt with the large amount of back-and-forth that is a natural part of dealing with insurance companies, taking that pressure off of Ms. Burnett as she recovered.

In the end, we were able to get a massive $100,000 settlement from the insurance company for our client. This money will be able to pay for Ms. Burnett’s damages, medical bills, and ongoing therapy and treatment as she adjusts to her new life.

It is crucial to be an attentive and defensive driver, but even the most cautious person can at times be caught off guard by the carelessness of others. If you have been in a car accident or other personal injury case, don’t struggle through the complicated mess that is liability and insurance companies on your own – call the skilled Personal Injury Lawyers at Kenny, Burns & McGill today: (215) 423-5500.