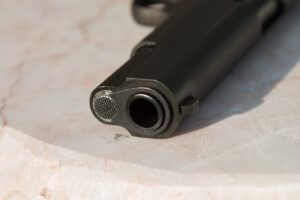 Do I Need a Lawyer If I Am Charged With Murder or Attempted Murder?

Yes. It is extremely important that you hire a strong criminal defense lawyer to help you with your case.

If you or a loved one have been charged with murder or attempted murder, contact the experienced criminal defense team at Kenny, Burns & McGill right away for a free consultation: contact us. You can also call or text us at (215) 423-5500.

What Is Attempted Murder?

Attempted murder is, as the name suggests, the unsuccessful act of killing another person. It is a very serious offense that can carry a lengthy prison sentence. Even a person with no criminal history could face a minimum sentence of 5-10 years of incarceration followed by years of probation.

It is similar to Aggravated Assault, but the prosecutor must prove that the defendant specifically intended to kill the complainant instead of just causing serious bodily injury and took actions to do so.

How is Attempted Murder Prosecuted?

For a prosecutor to prove attempted murder—as opposed to aggravated assault—they must prove two elements:

The offender took some identifiable action toward killing another person.
The offender’s act was intended to kill that person.

The prosecution must prove both of these elements beyond a reasonable doubt. If a person has stabbed someone else in the arm, they may very well be charged with Aggravated Assault, but it would be harder for the prosecution to proceed with an Attempted Murder charge. If the defendant stabbed the complainant in the chest but did not kill them, the prosecution would likely be more inclined to pursue a charge of Attempted Murder.

What is Murder or Homicide?

In Pennsylvania, criminal homicide, which is the unlawful death of another person, has enormous consequences and is the only category of crime which can result in the death penalty. In Pennsylvania, the threat of capital punishment—being put to death—looms large in homicide cases.

Our firm has handled many of these cases, even through to the death penalty phase. When life and death are on the line, you should seek the assistance of experienced criminal defense attorneys who are willing to fight for your life and your liberty from start to finish.

Homicide charges in Pennsylvania include the following:

Most simply explained, murder in the first degree is an “intentional killing.” Someone who sets out to kill a member of an opposing gang and fatally shoots them may be charged with first-degree murder. The defining factor in first-degree murder is the element of premeditation; that is, you specifically planned to kill a person and did just that.

Obviously, homicide cases are among the most complicated in the legal system and if you have been charged any one of them, you need experienced attorneys on your side who will fight for your rights. Our team can help you by providing thorough and strategic legal counsel throughout the legal process. We analyze every fact in criminal defense cases to determine whether murder charges can and should be reduced to lesser charges and will advocate for you until justice is served. We stay in careful contact with our clients, witnesses, experts, and family members to ensure that every possible strategy is covered.

How Do Murder and Attempted Murder Attorneys Defend These Cases?

Every case is different, and the specific defenses which might apply to one case might not apply to yours, depending on the evidence, the criminal investigation by the police, and the testimony of witnesses to the incident.

Many defenses are possible in murder and attempted murder cases, a few of which are listed below:

The credibility of witness testimony proves to be a crucial element in many criminal trials. Our criminal defense attorneys have vast experience in investigating the allegations against our clients, as well as finding out whether witnesses have any possible motive to lie. We will then cross-examine witnesses during the preliminary hearing, pretrial motion, and trial stages to tease out any inconsistencies in the witnesses’ testimony. If the witnesses’ stories do not line up, we may be able to point out to a judge or jury that the witness testimony is deficient and should not be believed.

In order to properly convict a defendant, the prosecutor must prove beyond a reasonable doubt every part of the charge. In attempted murder charges, this means that they must prove that the offender took some identifiable action toward killing another person and that the act was intended to kill that person. Other evidence issues might be whether the prosecutor has charged the right person, whether tools or weapons found at the scene of the crime are relevant to the act, and so on. The prosecutor must thoroughly prove their case to obtain a conviction.

The prosecution must show that any evidence obtained in any criminal defense case was obtained legally. Both Pennsylvania and United States Constitutions provide numerous rights against unlawful searches and seizures, as well as protections against giving statements under coercion, and so forth. If the police obtained evidence unconstitutionally, our team of criminal defense attorneys may be able to have that evidence thrown out, no matter how damaging it might have been to our client.

As you can imagine, cases involving murder and attempted murder are extremely sensitive. These cases require an experienced team of criminal defense attorneys to properly defend against the charges and make sure all possible strategies are pursued.

The murder and attempted murder lawyers at Kenny, Burns & McGill have over 100 years of combined experience, and have tried more than 7,500 cases through to verdict. We are in court every day, defending our clients against serious charges.