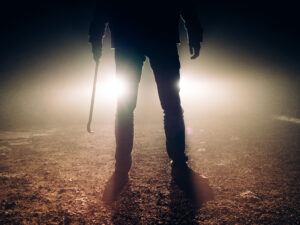 The consequences for being convicted of a violent crime in Pennsylvania can be life-changing. Many sentences for these offenses involve jail time, a heavy fine and/or long periods of probation.

Despite their severity, violent crimes are not uncommon. In 2016 in Philadelphia, there was about 1 violent crime committed for every 100 people in the city. This included 273 murders, 1,259 rapes, and more than 7,800 aggravated assaults.

At Kenny, Burns & McGill, we have helped many people accused of committing violent crimes in Philadelphia and throughout Pennsylvania and New Jersey. We help clients who have been wrongfully accused to have charges against them dropped or modified. We also help clients who have admitted to committing a crime—or have been found guilty by a judge or jury—by working with the District Attorney and the judge to protect our clients’ rights and ensure that any sentence imposed is fair and does not disproportionately harm our clients.

Many violent crimes in Pennsylvania are classified as felonies. Some of these offenses are listed below by their severity. Please note that this is not a complete list of violent crimes in Pennsylvania and the descriptions below are meant only to be used in general reference, not for use as legal advice. If you need legal advice, you should contact an attorney immediately.

There are also uncategorized felonies, which include first, second and third-degree murder. Of course, these offenses carry heavier and more serious sentences than the offenses listed above.

In Pennsylvania, the maximum sentences for felonies are as follows:

At Kenny, Burns & McGill, our attorneys have handled thousands of criminal defense cases, many of which involved violent crimes. Clients choose us for our strict confidentiality, our experience in and beyond the courtroom, and our ability to cut straight to the middle of a case and understand the many factors which may come into play. We are available 24 hours a day, 7 days a week because we know that people who have committed a crime, or are accused of committing a crime, need immediate protection of their rights, their families, and their livelihoods.