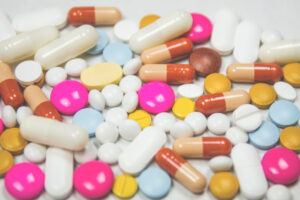 In Pennsylvania, someone can be charged with a number of drug possession offenses if they are caught with drugs, drug paraphernalia, or any other illegal substances under any of the PA Drug Schedules. There are many Pennsylvania laws which pertain to drug possession, but three of the most common are:

Possession of a Controlled Substance

Pennsylvania law defines possession of a controlled substance as “knowingly or intentionally possessing a controlled or counterfeit substance by a person not registered under this act, or a practitioner not registered or licensed by the appropriate State board, unless the substance was obtained directly from, or pursuant to, a valid prescription order or order of a practitioner, or except as otherwise authorized by this act.” In short, having drugs on your person. This charge usually comes into play when someone is found carrying marijuana, cocaine, methamphetamines, heroin, or other illegal narcotics. However, certain prescription drugs can also fall under this charge if they are possessed without a valid prescription.

Possession with Intent to Deliver (PWID)

Pennsylvania law defines PWID as the “manufacture, delivery, or possession with the intent to manufacture or deliver a controlled substance by a person not registered or licensed by the appropriate State Board; or, creating, delivering, or possession with intent to deliver a counterfeit controlled substance.” In short, having drugs on your person with the intent to sell or traffic them. This charge is distinguished from simple possession based on the determination of whether the drugs are for personal use or are intended for delivery or sale. Having a large amount of drugs can be enough to elicit this charge, as well as the drugs being packaged for sale, found with a large amount of cash, or other tools and materials commonly associated with drug-dealing (Ziploc bags, labels, scales, etc.)

Pennsylvania law defines possession of drug paraphernalia as “the use of, or possession with intent to use, drug paraphernalia for the purpose of planting, propagating, cultivating, growing, harvesting, manufacturing, compounding, converting, producing, processing, preparing, testing, analyzing, packing, repacking, storing, containing, concealing, injecting, ingesting, inhaling or otherwise introducing into the human body a controlled substance in violation of this act.” In short, having tools associated with drug use on your person. This charge applies to grinders, bowls, scales, needles, bongs, etc. In some cases, carrying paraphernalia can net a heavier sentence than a small amount of drugs.

Our attorneys have handled thousands of criminal defense cases, and drug charges are among the most common. If you have been charged with any of the above drug possession charges or another drug-related offense, it is important to hire counsel immediately so that you have an experienced attorney on your side in court. Otherwise, you may face steep fines and up to several years in prison.

There are many ways to defend against drug possession charges. Some that might apply to your case are below:

Lack of Knowledge or Intent

In Pennsylvania, you have to have been intentionally and knowingly in possession of a drug to be convicted. In some cases, an attorney can argue that you were not aware of what the substance was or that you had possession of it.

In some cases, an attorney can argue that the amount of an alleged illicit substance is so small that it is not covered by drug laws.

The Substance Belonged to Someone Else

It may be possible for an attorney to prove that the drugs were not yours. For instance, if you were driving a car and got pulled over for speeding and the officer smelled marijuana that your friend had stashed in the back seat pocket of your car, an attorney might be able to have possession charges against you dropped.