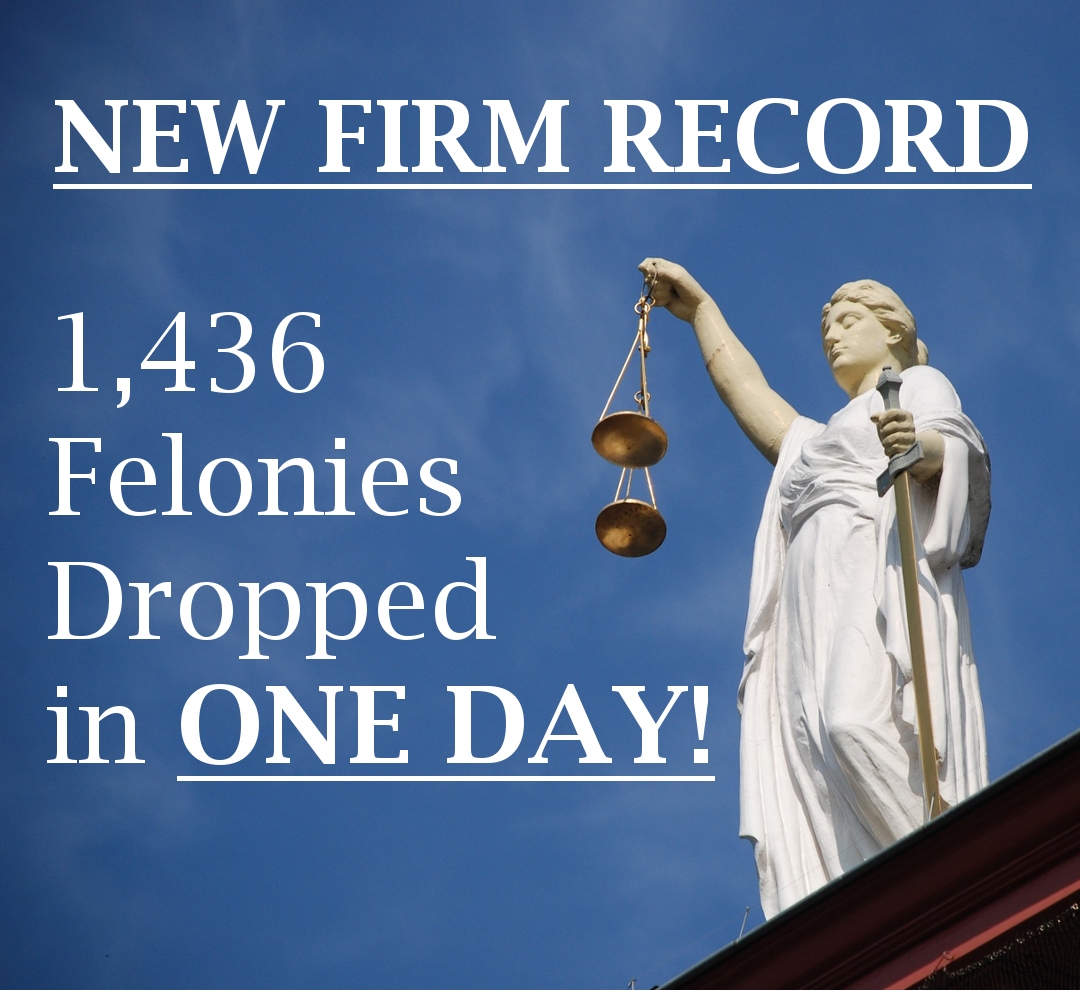 Kenny, Burns & McGill is pleased to announce a massive win for one of our clients; we were able to get 1,436 of this individual’s charges dropped in the very first stages of their case! Yes, you read that right – nearly 1,500 charges withdrawn.

A man we’ll call Mr. Benny Currier had a group of friends who allegedly had an idea. Every day, Mr. Currier’s friends saw other people putting cash and checks into the big blue mailboxes that were dotted around their hometown. Allegedly, this group of friends robbed a USPS postal worker, stole his master key, and proceeded to empty blue mail collection boxes in the area.

This group allegedly liberated just over $164,000 in mailed cash and checks from the postal system.

Of course, an alleged crime spree this large immediately caught the attention of the local community, and Mr. Currier and his friends were quickly arrested. When checks and mail addressed to other people were allegedly found in a group member’s house, and the USPS mailbox master key was allegedly found in another member of the group’s car, Mr. Currier knew he needed to hire an experienced criminal defense firm to represent him.

His decision to hire Kenny, Burns & McGill was an easy one due to their sterling reputation and years of experience in criminal justice.

As soon as he was hired on this case, Criminal Defense Lawyer Thomas D. Kenny went to bat for his client. Mr. Kenny knew exactly what to do in this situation; having spent decades in the Philadelphia region’s legal arena, Attorney Kenny was able to use the connections he’s built and the knowledge he’s gathered over the years to get the best result possible for Mr. Currier.

Conspiracy charges are add-on charges that may be applied if the defendant was planning, or conspiring, to commit a crime with another person or people. These charges carry the same grading as the original charge; for example, if committing a certain crime is charged as a first-degree felony, then conspiracy to commit that same crime would also be a first-degree felony.

In another piece of good news for Mr. Currier, Attorney Kenny was successfully able to argue that Mr. Currier does not need to spend any more pre-trial time in the Delaware County prison where he had been incarcerated until today. Mr. Currier is currently at home with his family on house arrest, where he will stay until his criminal trial proceeds.

This is an incredible outcome, both for our client and for our justice system. State and federal prosecutors have a habit of tacking on dozens (or in this case, hundreds) of excessive charges to cases, which, if convicted, can severely impact a client’s potential sentence.

If you or a loved one are ever in trouble with the law, give the talented Criminal Defense Lawyers at Kenny, Burns & McGill a call today! (215) 423-5500