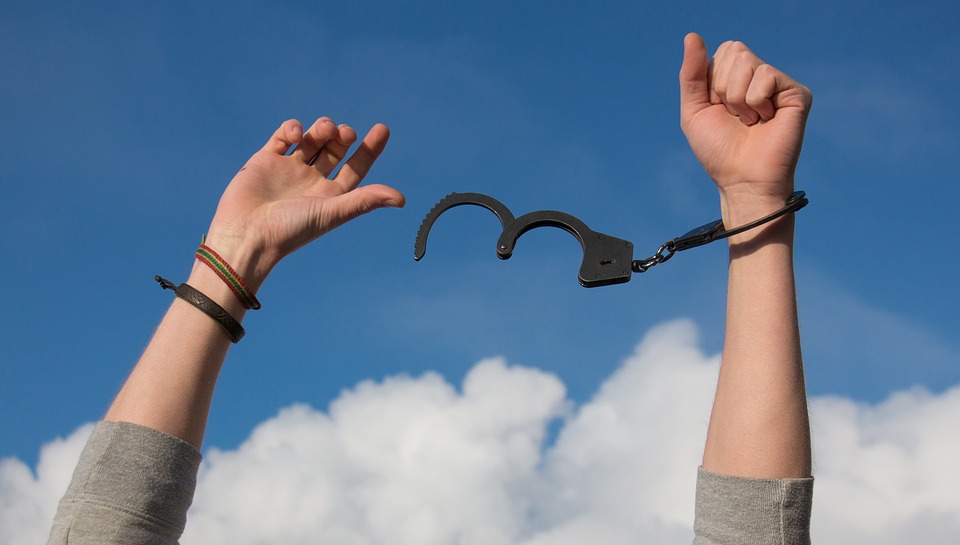 The criminal defense team at Kenny, Burns & McGill is thrilled to announce that a serious case involving one of our clients has been abandoned by the prosecutor, or “Nolle Prossed.”

This term comes from the legal Latin phrase nolle prosequi, which means “unwilling to pursue” or “no more prosecution.” Essentially, the prosecuting attorneys found that there were no grounds on which to continue prosecuting our client’s case! Read on to see how Criminal Defense Attorney Thomas Kenny picked apart every aspect of the case against his client, and prevented a man from going to prison for a crime the government was unable to prove he committed.

A man who we will call Mr. Jason McMillan led an average life, and despite several encounters with law enforcement over the past few decades, he was trying to clean up his act. Mr. McMillan had plenty of family nearby to him, including his girlfriend, her three children, his sister and her kids. The father of his girlfriend’s children lived in New York with family of his own, so Mr. McMillan often acted as another parent to these kids when he stayed at his girlfriend’s home.

Summer rolled around, and Mr. McMillan’s girlfriend went with her children up to New York to spend several weeks with their father and various family members. After they returned later in the season, everyone fell back into their normal routines, and things seemed very ordinary… until a month or so later, when police officers pulled up to the house with an arrest warrant for Mr. McMillan.

He didn’t know what was going on, but Mr. McMillan went with the officers. It wasn’t until his arraignment in District Court that Mr. McMillan found out what he was being charged with; third-degree felony Corruption of Minors, as well as first-degree misdemeanor Indecent Assault on someone younger than 13. Mr. McMillan was being accused of molesting his girlfriend’s 8-year-old child.

Blindsided and potentially facing a lengthy prison sentence, Mr. McMillan knew that hiring an experienced lawyer was the best thing he could do. He called up Kenny, Burns & McGill and was put in contact with experienced Criminal Defense Lawyer Thomas D. Kenny.

Mr. McMillan has had several brushes with the law in his life, including a previous conviction for first-degree misdemeanor Corruption of Minors. However, in each of these past cases Mr. McMillan admitted his guilt and willingly accepted the consequences of his actions. So, when Mr. McMillan insisted that he was innocent of these new charges, Attorney Kenny listened intently and dove deep into the details of this case.

Immediately, Attorney Kenny began finding holes in the prosecution’s legal work. There were two adults who primarily testified against Mr. McMillan: a Children and Youth Services (CYS) employee, and a Pennsylvania State Police (PSP) Trooper. These two people spoke to the child in what is known as a “minimal-facts interview,” which is used to obtain only the most basic of facts about the allegation. These interviews typically cover who was involved, what happened, and where and when it happened, but not much more.

Importantly, a minimal-facts interview is not considered significant enough to use as a basis for filing criminal complaints or making an arrest; a more in-depth “forensic interview” is required before a case like this can legally move forward. The CYS employee and PSP Trooper did eventually perform a forensic interview – nine days after Mr. McMillan had been arrested – but both men claimed that the content of the second interview was the same as the first.

This led Attorney Kenny to find his next point of contention, because neither of these interviews had been recorded. Instead of being able to show video or audio recordings of what the child said, the CYS employee and PSP Trooper had to rely on their recollections during their testimonies. This means that in addition to much of their testimonies consisting of hearsay rather than hard evidence – because the men were just saying what they heard from the child – there was not even a verbatim record of what the child said.

Arresting someone for charges that are based entirely on hearsay is already a violation of Due Process under both the Pennsylvania and U.S. Constitutions, but Attorney Kenny was just getting started.

Despite the serious nature of the allegations, Mr. Kenny found the case against Mr. McMillan to be severely lacking in facts. Even though the CYS employee and the PSP Trooper interviewed the child twice, they could not obtain some of the most basic details about what happened. The child could not tell them the time or date when the alleged crime occurred, or even the time of year – only that it was “warm” outside. More importantly, the child never gave a location for where the alleged abuse happened. Despite knowing that the child had spent part of the summer with other family in New York, the CYS employee and Trooper concluded that the alleged crime occurred in Pennsylvania without any real evidence.

This was a deep flaw in the case against Mr. McMillan. If the alleged crime actually took place in New York instead of Pennsylvania, serious questions about whether this court had the jurisdiction to prosecute him would arise. Moreover, not knowing the time, date, and location of the alleged crime makes it impossible for the accused to give an accurate alibi, meaning that Mr. McMillan would not be able to be adequately defended.

But Mr. Kenny still wasn’t finished. He saw that after the child had been interviewed twice, the child was then found to be incompetent to stand trial. The child could not tell the attorneys her current age or how she knew Mr. McMillan, could not discern when the attorneys were lying to her, and was not able to understand the importance of telling the truth in court.

This means that not only was Mr. McMillan being held on charges that were almost entirely backed by hearsay, already a Due Process violation, but the source of the original claims was an individual that the Court had later deemed incompetent.

Even with all these points, Attorney Kenny wanted to make the argument for his client’s innocence airtight. Finally, through extensive and diligent research, Mr. Kenny and his team found what they were looking for; child abuse reports that had been filed about other people in the child’s family who were not Mr. McMillan.

Thanks to this careful investigation, Attorney Kenny was able to push back hard against the prosecution in court. When the prosecution called a worker from the Department of Human Services (DHS) to testify about their investigation of the child’s claims, Mr. Kenny was cross-examined the witness about the existence of other child abuse reports within the same family.

This is an incredible win for our client and for justice; the legal system must be made to respect every individual’s right to Due Process. However, the U.S. courts are very complex and can be difficult to navigate. If you or a loved one have to deal with the law, don’t go it alone – call the highly experienced Criminal Defense Lawyers at Kenny, Burns & McGill today! (215) 423-5500