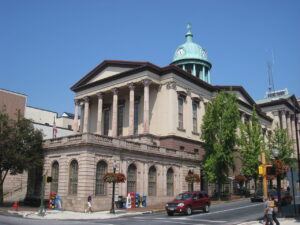 If you were injured as the result of a car, bus, or train accident; a slip, trip, or fall; an accident at your job; or a medical procedure gone wrong, we may be able to help you. Our attorneys handle cases in Philadelphia, Bucks, Montgomery, Delaware, Chester, Berks, Northampton, Lehigh, and Lancaster counties and throughout Pennsylvania and New Jersey.

Lancaster County was part of Chester County, Pennsylvania until 10 May 1729, when it was organized as colony’s fourth county. It was named after the city of Lancaster in the county of Lancashire in England, the native home of John Wright, an early settler. As settlement increased, six other counties were subsequently formed from territory directly taken, in all or in part, from Lancaster County: Berks (1752), Cumberland (1750), Dauphin (1785), Lebanon (1813), Northumberland (1772), and York (1749).Many other counties were in turn formed from these six.