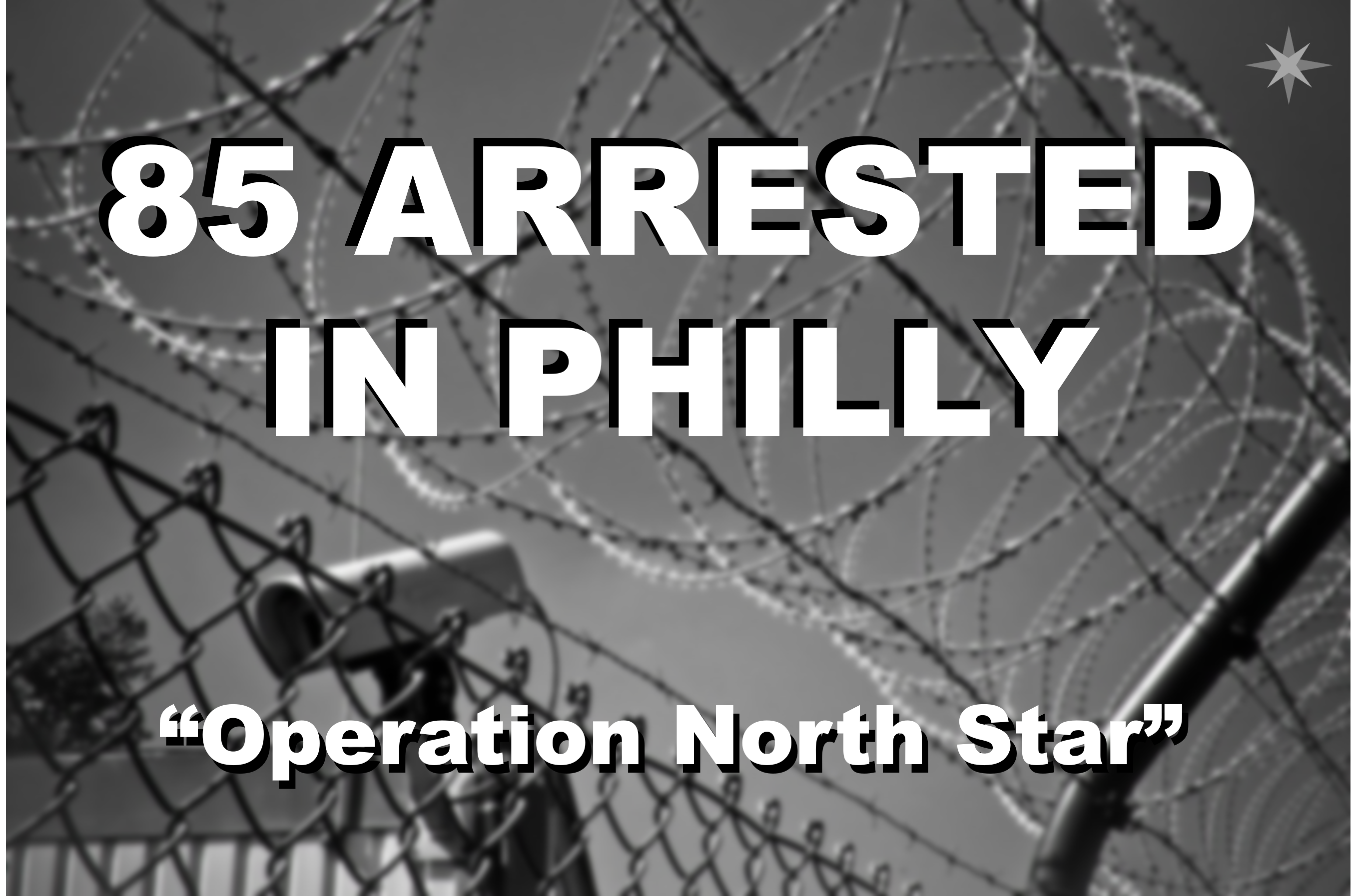 Throughout the month of June, the U.S. Marshals led an operation to find and arrest alleged fugitives and criminals. Dubbed “Operation North Star,” this 30-day initiative resulted in the arrests of 1,501 people. The Department of Justice described this operation as “a high-impact fugitive apprehension initiative aimed at combatting violent crime in 10 cities with a significant number of homicides and shootings.”

The U.S. Marshals – a branch of federal law enforcement that answers to the Attorney General – said that Operation North Star focused on finding alleged criminals who were believed to have committed especially violent or harmful crimes. Extra priority was given to those who were believed to use firearms in their offenses.

Philadelphia was among the 10 areas targeted by the Marshals due to high levels of violence, and Operation North Star led to 85 arrests within our city. Among those arrested were three people with alleged connections to the June 4th South Street shooting, which left 3 people dead and 11 more injured.

The other nine cities that the Marshals deemed highly violent were Washington D.C., Baltimore, Chicago, Houston, Indianapolis, Los Angeles, Memphis, New Orleans, and New York City. In addition to the arrests, Operation North Star also seized 166 guns, over $53,000 in cash, and at least 33 kilograms of narcotics.

In the United States, every person charged with a crime is presumed innocent until proven guilty. This is part of what we call “due process,” which legally requires the government to respect the rights of the individual. Due process is one of the critically important ideas at the core of this country, as it protects the individual from being unconstitutionally harmed by the power of the government.

Kenny, Burns & McGill understands the sensitive nature of alleged criminal offenses, as well as the intricacies of immigration and removal proceedings. Our talented criminal defense team has successfully represented undocumented clients who, despite their charges, were ultimately allowed to stay in the country.

If you or a loved one has been arrested and charged with a crime, be sure to take advantage of your right to an attorney. And if you want to give yourself the best chance at a good outcome, hire a criminal defense lawyer with decades of experience and thousands of successful outcomes, like the lawyers at Kenny, Burns & McGill. Call or text today: (215) 423-5500

If you would like to read more about this operation from the Department of Justice, click here.