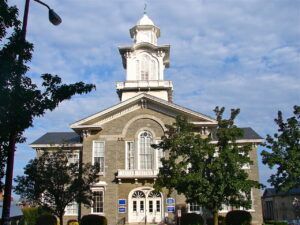 Lehigh County and neighboring Northampton County are part of Pennsylvania’s 15th Congressional district. The 15th Congressional district is a contentious swing district with neither Republicans nor Democrats winning the district consistently. Voters elected Republican Charlie Dent in 2004, 2006 and 2008 and, previously, Republican Pat Toomey in 1998, 2000, and 2002. In 2004, the county narrowly voted for John Kerry over George W. Bush for President, and in 2008 the county gave all statewide Democratic candidates significant leads and Barack Obama a victory of more than 15 points over John McCain, 57.1% to 41.5%. In 2012, President Obama carried the county again, but by a narrower margin: 53.17% to 45.52%.

If you were injured as the result of a car, bus, or train accident; a slip, trip, or fall; an accident at your job; or a medical procedure gone wrong, we may be able to help you. Our attorneys handle cases in Philadelphia, Bucks, Montgomery, Delaware, Chester, Berks, Northampton, Lehigh, and Lancaster counties and throughout Pennsylvania and New Jersey.