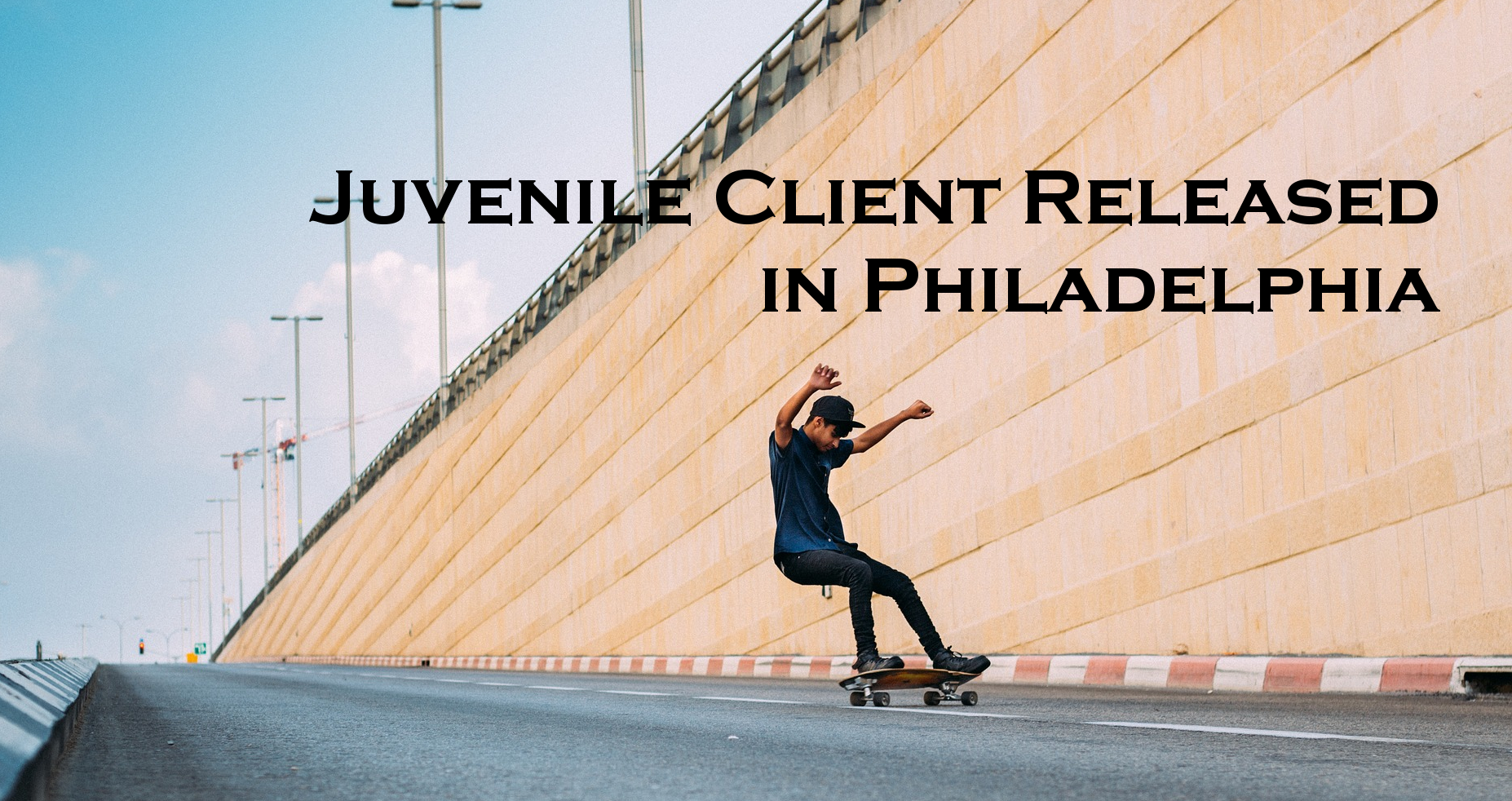 Felony Aggravated Assault dismissed. A man and a woman enter a pizza shop in Center City Philadelphia where the man gets into an altercation with four men where things start to get physical. One of the males pulls out a gun and threatens to kill the man. Police are called. The woman talks to the police and then goes over a random car with four young males sitting in it and identifies them as the assailants in the early morning assault.

It is not a crime to be four young males sitting in a car on a weekend night. It is not a crime to be another skin color as the man and woman made a cross racial identification which is rife with potential to convict the wrong people. It is even worse when some of the men arrested are minors and are facing life altering charges.

The police without a warrant recover a gun in the trunk of the car to make matters worse. Now all four people get charged with Aggravated Assault a Felony 1; Conspiracy to Commit an Aggravated Assault a Felony 1; Simple Assault a Misdemeanor of the Second Degree; Recklessly Endangering another Person a Misdemeanor of the Second Degree and finally one of the men gets charged with weapons offenses.

The Captain of the local police district sends over a memo to the department radio room to preserve the 911 tape the very night of the incident. But mysteriously this very crucial piece of evidence never shows up in the case discovery. Juvenile client hires Philadelphia Criminal Lawyer, Thomas Kenny, to get answers.

After conducting his own very thorough investigation, Attorney Kenny believes that the police have the wrong person. After a year of having these charges hanging over his head, Attorney Kenny gets the charges dismissed completely on August 6, 2021 in Philadelphia. A very relieved client and family and can now move on with their lives. The client is an aspiring artist. If you or your loved ones get into to criminal trouble call or text Kenny, Burns & McGill 24 hours a day/7 days a week. Felony Aggravated Assault dismissed.