Philadelphia Gun Permits – Owning a Gun in the City 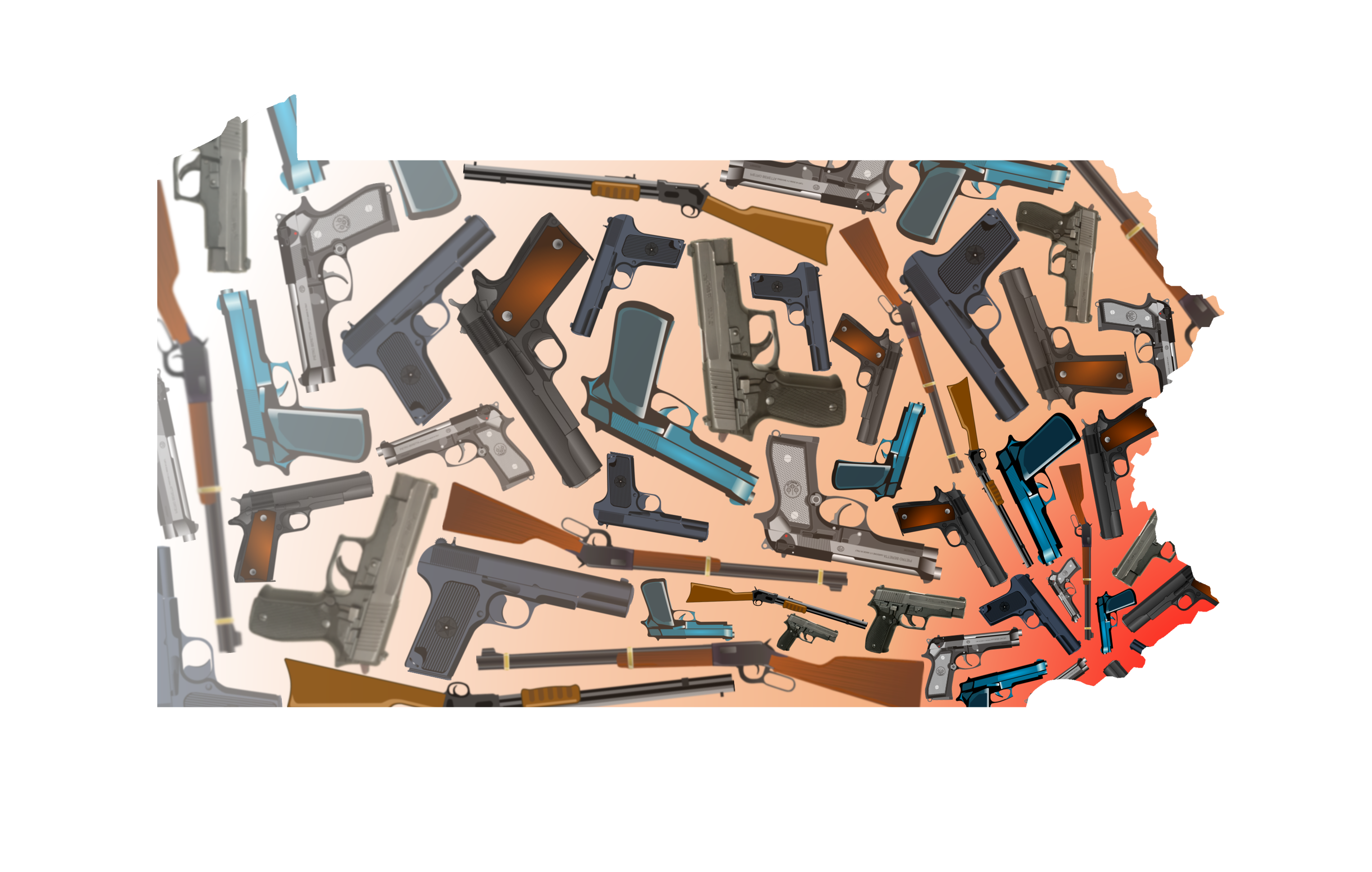 The legal team at Kenny, Burns & McGill takes calls from people from all walks of life who want to legally own a firearm and need help getting there. Whether their license to carry (LTC) needs to be restored or their old criminal records need to be cleaned up before they can buy a gun, our office has successfully helped many people get a permit to lawfully carry a weapon. And these calls are not slowing down.

As of mid-August, over 1,400 people in Philadelphia have been shot in 2022. In less than 230 days, more than 300 people have been killed with a firearm in the city. Meanwhile, more and more Philadelphians are turning to guns for protection; while the city issued around 8,000 firearm licenses in 2020, that number jumped to more than 52,000 licenses issued in 2021.

Many of the shootings have taken place in some of Philadelphia’s poorest neighborhoods, especially in North and West Philly, and residents are acutely aware of the danger. In these neighborhoods, which are still scarred by a history of redlining and other discrimination, guns are ubiquitous; some areas have become so unsafe that many people feel they must have a gun for the safety of themselves and their loved ones.

However, such a high density of firearms in a community brings a lot of issues with it. These difficulties go deeper than the too-common problems typically associated with gun-heavy areas. A high firearm density can easily lead to a pattern of escalation of violent crimes, weapons being stolen and used criminally, and a sharp increase in people getting in trouble for carrying a gun illegally.

In this country, citizens are not generally required to undergo weapons training – or even to show competence with a weapon – before receiving a license to own and carry a firearm. When someone without training fires their gun in self-defense, it is not uncommon for the gun owner to injure a bystander, or even themselves, by accident. People have also panicked and shot perceived assailants in self-defense, only to find out that the “assailant” was never a threat at all.

It is important to know that if you shoot or kill someone, whether or not it was self-defense, you can be arrested and charged with a crime. You must be able to prove that your actions were to defend yourself and that you were in serious, imminent danger to avoid being convicted of aggravated assault, attempted murder, manslaughter, or possibly even murder.

Kenny, Burns & McGill has plenty of experience successfully defending clients with self-defense claims and can help if you or a loved one have been charged with firing a gun.

Lawfully owned weapons are frequently stolen and used in crimes. The owners are often regular people who only wanted a gun for protection, but a lost or stolen weapon can easily turn into an enormous legal headache. If a firearm is used in a crime and then found by the police, it can be traced back to its lawful owner… who may then have to prove that they were not involved in a crime where their gun was present.

Reports of stolen guns have increased steeply in the past several years. Our team has successfully defended many people whose guns were used without their permission.

Carrying Without a Permit

One more massive issue with gun-dense areas is that while many people have LTCs and are carrying lawfully, many others do not and are not. A person with a criminal history, even from decades ago, may be legally barred from owning a weapon. It is a crime for people with certain criminal records to simply be in possession of a gun, even if it is just for protection, and even if they never use it. Our team has seen many people, who only wanted a sense of security and had no intention of acting violently, arrested for this.

Philadelphia District Attorney Larry Krasner says the city should concentrate on the gun owners who have already proven themselves to be dangerous, whether they have a permit or not. He thinks focusing on arresting people who are carrying illegally but have not committed another crime distracts the police from other things, like solving some of the city’s hundreds of unsolved shootings.

According to District Attorney Krasner, only a tiny fraction of the people arrested for carrying a gun illegally are actually doing anything violent or detrimental to the community. Overall, a handful of people in a crime ring can do much more damage to the city than any number of unlicensed gun owners who are only carrying for protection.

For example, several months ago federal officials announced the arrests of 14 people accused of smuggling 400 guns into Philadelphia from southern states. This is known as the “iron pipeline,” and it undermines attempts from the city’s authorities to get rid of illegal guns. Philly Mayor Jim Kenney recently said that “[the police] keep taking guns off the street, and they’re simultaneously replaced almost immediately.”

Philadelphia Police Commissioner Danielle Outlaw, on the other hand, says the Philly Police have committed to cracking down on illegal gun possession. Commissioner Outlaw says she believes if people think they can get away with carrying a weapon illegally, then they are more likely to think they can get away with doing other illegal things with that weapon.

As a result, the number of people arrested for illegally possessing a gun has skyrocketed to record levels.

At the same time, there have been no arrests made in 75% of last year’s fatal shootings.

Guns are a hot-button topic, and the dense tangle of laws surrounding them can be tough to cut through. All of these issues, from self-defense to stolen guns to carrying without a license, can result in long and difficult legal battles, even for people who have never been in trouble with the law before.

Our team has successfully represented many clients charged with gun crimes ranging from aggravated assault to homicide or attempted homicide. We have also successfully defended clients who acted in self-defense, clients who owned a gun that was used in a crime without their permission, and even clients who were arrested by the police and charged with crimes for simply “fitting the description” of the true perpetrator.

If you or a loved one have been charged with a gun crime, or just need some help with your records so you can get an license to carry a firearm, choose the team with decades of experience – call or text Kenny, Burns & McGill today! (215) 423-5500