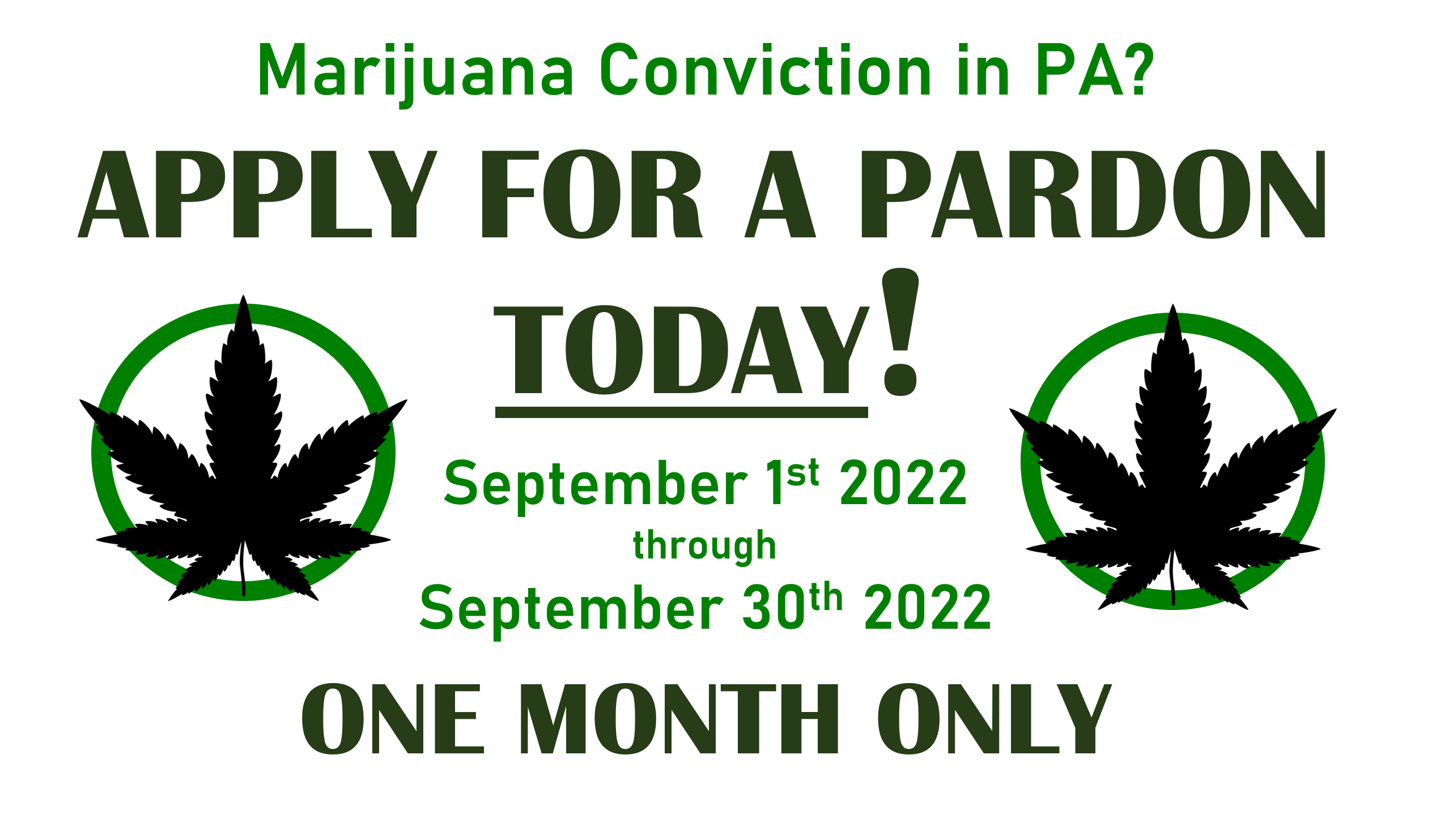 Great news, Pennsylvanians! If you have been convicted of certain marijuana charges, you are now able to apply for a pardon online.

If you think you may be eligible, apply right away! The Pennsylvania Board of Pardons is accepting online applications for the PA Marijuana Pardon Project this month only (specifically, from September 1, 2022 through September 30, 2022).

Use the official guide to the PA Marijuana Pardon Project (link) to find out if you are eligible and how to apply for a pardon. Applying is free and entirely online.

Pennsylvanians will be eligible to apply for a pardon if they have one or both of the following convictions:

People with different or additional criminal convictions on their records are not eligible for a pardon through this program. However, the Governor’s office encourages them to use a standard application to apply for clemency through the PA Board of Pardons (link).

A pardon entails complete forgiveness by the government for a conviction. However, the conviction is not automatically removed from your record; individuals who are granted pardons will still need to petition the court for an expungement of the conviction.

This project comes after repeated calls from Governor Wolf’s administration for the Pennsylvania General Assembly to legalize the use of cannabis by adults within the state. While the General Assembly has continually declined to act on this issue, Gov. Wolf and Lt. Gov. Fetterman believe many Pennsylvanians have been overly harmed by having a minor marijuana offense on their record. This project aims to give those people a second chance.

As anyone with a criminal record can tell you, it doesn’t matter much if your crime was non-violent or not; having a conviction on your record can seriously mess up your chances at going to school, getting a job, and even finding housing. If you need help with your record, call the experienced criminal defense team at Kenny, Burns & McGill today (215) 423-5500