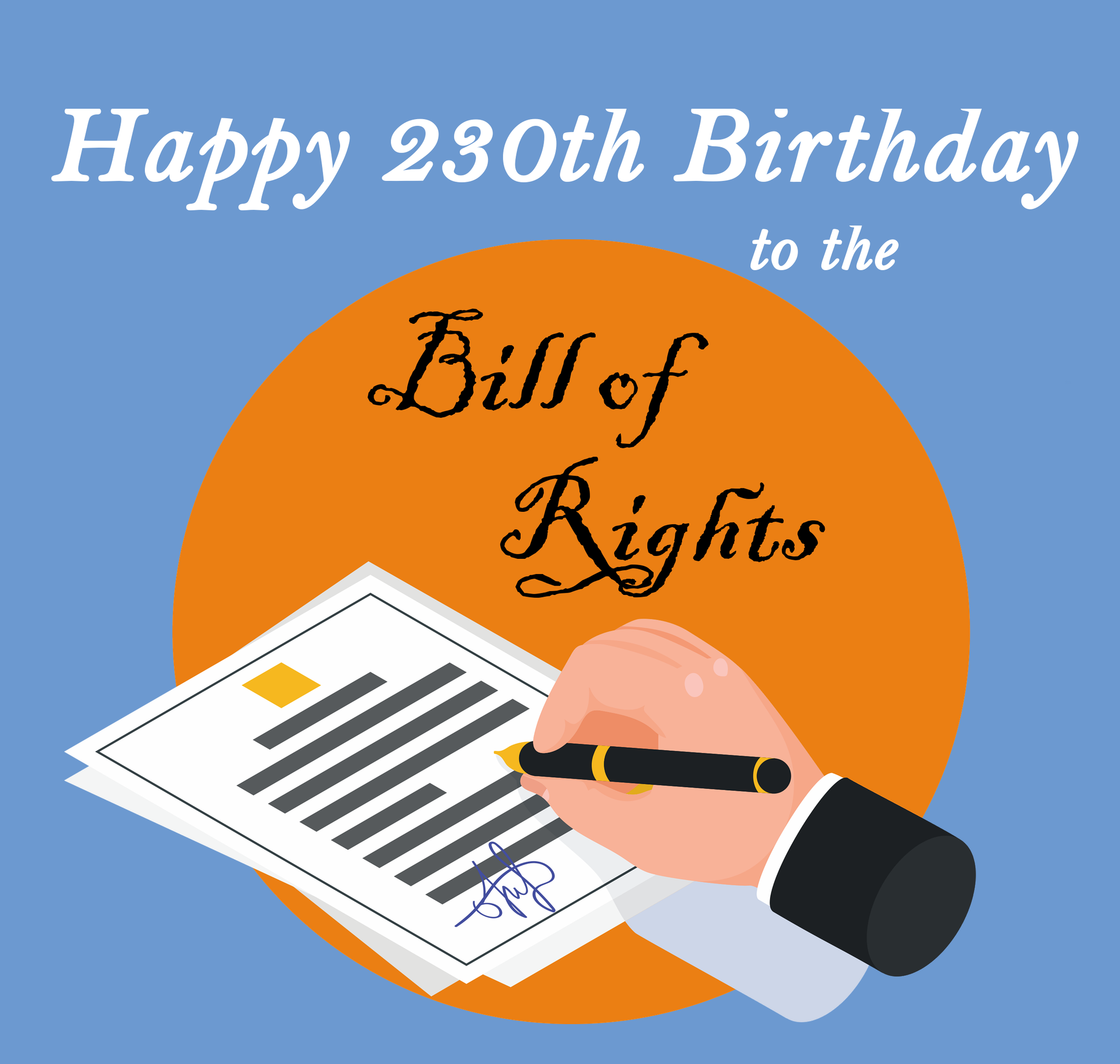 On December 15, 1791, the newly formed United States Government approved the first ten Amendments to the Constitution, commonly known as the Bill of Rights.

These rights are wide-ranging and include familiar protections such as freedom of speech and religion, the right to bear firearms, and the right to not have soldiers stationed in your home.

Nearly half of the Bill of Rights provides important criminal defense protections, and our law office makes great use of those protections every day on behalf of our clients. They include:

It is important to remember that you have valuable criminal defense rights under the United States Constitution. Today we celebrate the 230th birthday of those rights, and we celebrate the thousands of families our law firm has protected using those exact rights.

Our experienced criminal defense lawyers practice throughout Pennsylvania and New Jersey, representing people who have been charged with such small offenses as retail theft, right up through serious charges like murder.

We are not afraid to fight for the rights of our clients. In fact, we insist on it.